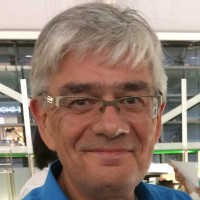 The temptation in reviewing the Closet Disco Queen & The Flying Raclettes' album Omellete du Fromage is to go all out for food-related jokes, but I'll do my best to resist.

The title comes from an episode called The Big Cheese from the 1990s Cartoon Network series 'Dexter's Laboratory'. In it, Dexter's new invention allows him to learn French as he sleeps but the record gets stuck on the repeating phrase 'Omellete du Fromage'. So when he awakes it is all he can say, and with it he becomes a worldwide celebrity.

Closet Disco Queen are an instrumental duo made of Luc Hess (drums) and Jona Nido (guitars) from Coilguns, The Ocean, Louis Jucker, etc. They have joined forces with Kevin Galland (guitars) who also plays in Coilguns and Chadi Messmer (a graduate bass player from the Luzern Jazz School) who style themselves as The Flying Raclettes.

If the band name is making you pause, be assured there is no Disco here, and the Closet has been demolished by the seven, ruthless, fast-paced, fat-free, heavy prog, rocking instrumentals on Omellete du Fromage.

The album is bookended by two longer tracks, with five shorter but densely packed numbers in the middle that rock like a Victorian child with an unwed mother.

The first of the shorter tracks, is the splendidly named Glutentag. It has a driving, goth-like bass that the picked electric guitar chases after with the melody. However, it gives up and crashes into feedback and banging riffs as, out of the right hand channel, comes a guitar solo of atmospheric, controlled and tuneful guitar noise.

On the other shorter pieces there is an earworm melody enveloped in grinding riffs on Flugensaft. The ghostly presence of 1970s hard-rocking blues haunts the metallic clashes and clever arrangement of Goussepaille.

All the short works are terrific, but the best ingredient in the making of the Omellete du Fromage are the two lengthier tracks that open and close the album. Melolo-Aromatomat gets up to speed immediately with the full band on fire. When the drums drop out, the music pauses into squally guitars and spacey disturbances until the drums crash back in for the head-banging finale.

The longest track, Gigadodane, is introduced with a drum pattern that is joined by loose, funky bass. The scratchy guitar evokes cosmic static but then it explodes into heaviness in a brilliant way.

Closet Disco Queen & The Flying Raclettes' album is the big cheese as far as heavy prog instrumentals go. This is how you do guitar pyrotechnics without going down the shredding route. Imagine Adrien Belew meeting David Torn with help from Marcus Rueter and Jimmy Page, deconstructing Mars Volta covers in an eclectic and electrifying way. This what the Swiss four piece bring.

I adore the live feel and clear mix of Omellete du Fromage. It displays a band fully focussed on rocking riffs who just can't be bothered to waste time on a ballad. Remember when LP sleeves had the instruction to 'Play Loud' on them? With Closet Disco Queen & The Flying Raclettes it should read 'Play EXTRA Loud'.

Oh and it's a name-your-price on Bandcamp. So no excuses to miss this. 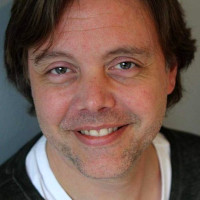 When starting with this review Dan Jones was unknown to me. I just listened to some samples and found it likeable enough for me to review. Dan Jones is a guitarist from the UK and guitar player for the band The Dreaming Tree. The Dreaming Tree was formed just after the millennium and released four albums of which the last, Silverfade, was released in 2015.

Zero Four Nine is a solo release by Dan on which he does almost all the instruments and programming. On the song Sunshine Dan is accompanied by Dave Odart (drums) and Clive Rainbow (bass).Zero Four Nine is an instrumental album with a variety of (guitar) styles varying between blues, rock and prog. Dan Jones style is a mixture of Jimmy Page, Jeff Beck, David Gilmour and Robben Ford. Dan Jones does all this without showing off in technical trickery.

The main point of this album is playing good music and each song has another angle of approach but still keeping it coherent as an album. Opener Tribute is a rock song starting with a pounding rhythm and a guitar melody. Halfway it changes to a more eastern sounding influences and reminds me of Jimmy Page. Stardust is a more guitar hero song, again nice melodies but also has heavy parts. 1512 is more laid back and the start of Geoid is even more relaxing but after a minute or so the rock kicks in. Sunrise is another mellow song which makes the middle the mellow heart of the album. I thought the only song with additional musicians would be the technical heavy song but this is not the case.

On Space Time it is back to the rock music with a bluesy twist, this is continued on Lucky which has a bluesy style like Robben Ford. The centre of the album is very mellow and the last part is more for the heavy songs. Rage A La Bona is back to the heavy rock just like on Disclosure, the latter with more variety and more changes. The album ends with the heaviest song Shattered.

Guitar player Dan Jones was completely unknown to me and he surprised with a highly enjoyable album. Dan shows he is capable of playing a variety of music styles. It makes Zero Four Nine a diverse, but still a very coherent album.

If you like instrumental guitar orientated albums then you can certainly give this one a try. Not filled with technical trickery or experiments but over forty-five minutes of highly enjoyable and interesting combinations of instrumental (prog)rock and blues.

Also, a nice recommendation are the albums of The Dreaming Tree, the band for which Dan plays the guitar.

Metamorphosis — I'm Not A Hero 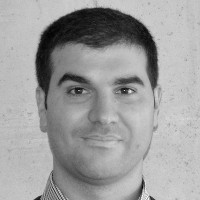 Some albums really need the perfect timing to be best enjoyed. Well, in fact I think every album has its perfect moment, season or situation to be fully enjoyed. Music affects everyone in a different way and it is the listener who finds the best moment for each album. This is not a voluntary act at the beginning but one tends to listen to specific music attached to specific moments or situations.

Of course this depends on each one but in the case of Metamorphosis latest album I'm fully convinced that you will look for that best moment. The album is called I'm Not A Hero and I'm telling you it's not an easy one. It's difficult because it needs time and you will have to be in a proper mood to enjoy it. I have listened the album in different situations, and I can say I found my right time for it.

Metamorphosis is the project of Swiss composer/keyboardist/drummer Jean-Pierre Schenk. He has released five albums prior to I'm Not A Hero and he has collaborated with different musicians. For this latest release he has Oliver Guenat on electric and bass guitars and Alain Widmer on drums. These guys are talented and one can be assured of that after paying attention to the instrumentation through the whole album. I particularly love the guitar sound here and how its sound blends with the keyboards achieving atmospheric moments here and big crescendos there.

Metamorphosis plays some kind of dark neo-prog, with mid tempo songs and with some heavier touches but always keeping that melancholic and intimate climate that won't allow you to enjoy it at any time of the day. So, my advice is to keep this album for those quiet hours in which you have time to focus properly on the music or those rainy evenings with no much to do at home.

Don't take me wrong with this because I'm Not A Hero is a good effort, but sometimes I think that perhaps some albums should include an instruction manual.

The Osiris Club — The Green Chapel 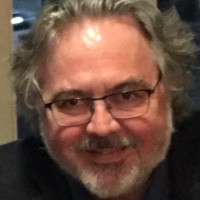 I hardly know how to begin a description of The Osiris Club's album The Green Chapel, and I mean that as a compliment to the band. This is the London-based band's third studio album; I haven't heard the previous two, but I will seek them out. The Green Chapel is, according to the press release, "a journey into the furthest reaches of psychedelia, prog, doom folk and genres yet to be named." OK, that description at least gives me a place to start.

This seven-piece band (whose instruments include cornet, saxophone, and Oberheim) offers a completely different take on progressive rock from anything I've heard before. Scattered through the titular four-piece suite are snatches of something like Genesis. I can imagine Porcupine Tree coming up with a song like Moscow, and (probably because of Hanna Petterson's saxophone) there are wafts of The Soft Machine now and again. Truly, though, this band has a sound all its own.

One of the many things I like about this album is its variety. Some of that variety comes down to the band's having two lead singers, Sean Cooper and Simon Oakes, each of whom sings half the songs (Oakes gets one extra). The alternation of their voices is pleasing, giving the band one more way of turning each song into a unique performance.

Another feature to be praised is the band's brave swings from authentic doom metal to gentle folk. All the while incorporating that creative instrumentation. The unity of the album derives from its off-the-wall ethos. The songwriters clearly share a certain sensibility and perspective along with their musical ingenuity.

Highlights? The delights of the album are manifold, but you can find examples of most of them in the four parts of The Green Chapel (which, for my money, is ten times better as a sort-of version of the great medieval poem Sir Gawain And The Green Knight than the recent movie The Green Knight). But if I had to single out other favourites, I'd recommend the first track, Phantasm, which launches the album with pummeling drums and tricky time changes, also the propulsive Moscow, which I've mentioned earlier and the lovely but ominous The Crow, the song that ends the album. Really, though, there's not a bad track here.

Oh, I must mention the cover art. I don't have a copy of the physical album, but you can see from the pictures on Bandcamp that the CD is a gorgeous production inside and out. The art and design are courtesy of Roland Scriver, one of the band's guitarists, and Andrew Prestidge, the drummer and multi-instrumentalist. In an age when most music is consumed via streaming, I'm delighted to see (as well as hear) such a lovingly created, and illustrated, album. Highly recommended.