Castanarc — The Sea Of Broken Vows 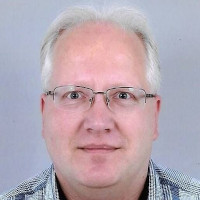 "A refreshing gulf of familiar and contemporary uplifting melodies with a great guitar sound and excellent prominent bass lines, while the overall sound is rich and sparkly and sounds as bright as ever. I'll happily drift away some more on these melodies. That's a promise."

Those were my first notes upon hearing the premiere of a song off Castanarc's new album The Sea Of Broken Vows. Obvious artwork nods and intended puns aside, that was not really a hard promise to make, as I've always had a soft spot when it comes to Castanarc.

Nostalgia is right around the corner, for there are so many pleasant memories attached to their name, some of which resurfaced last year when the band released Water From The Well and all of their back catalogue. The notion of a new album made my heart skip a beat at the time, and it is now fully streaming again with re-rekindled love for their enchanting melodies.

In order to not let objectivity be washed away by subjectivity, I let the album sit beside me for a while. Something which didn't alter my affection and has perhaps made me appreciate it even more, as I'm once again drowning in their beautiful music with an album that brings out all of Castanarc's strengths.

The band's focus is still the duo of Mark Holiday (vocals) and David Powell (keyboards, backing vocals and triangle) together with their producer John Spence, who for the first time (as far as I can remember) adds instrumentation in the form of guitars and percussion. Next to regular returnees Neil Duty (guitars), Pat Mount (guitars), Pete Robinson (bass) and Steve Beighton (sax), the band also welcomes back Charlie Morgan (drums) and Angela Gordon on flute and low whistle. These names date back to every single album released so far by Castanarc, and resonates in the chemistry of the performances found on The Sea Of Broken Vows.

My opening statement, for those who were wondering to which song it actually applies, concerns the brilliant opener A Song Rings Out. Surrounded by a tingling, clean and crystalline sonic production, which gives both warmth and spaciousness, tiny popping water balloon sounds stream into extremely catchy melodies. Thriving on lush guitar, it is an excellent start to the album and harbours instant feelings of summers that beg for a big splash in the pool. I can imagine this song to be the perfect concert opener with its dynamically driven, up-tempo melodies bouncing on touching bass play. Bringing lots of energy, it encompasses even more entropy in the transition where a magnificent guitar solo, mindful to Neal Schon (Journey), elevates the song to exceptional heights.

The quiet, atmospheric sensitivity of Lost Tears is shapely formed through Mark Holiday's characteristic , voice that sounds as strong as ever, while Powell provides versatile guidance on keys. Another fine accomplishment is the wonderful coming-together of restrained melodies floating on a bed of moving guitars and delicate arrangements, which is effortlessly continued in Full Circle, a song at times mindful to Castanarc's eponymous debut album Journey To The East. Equipped with that distinctive, luscious bass sound and lovely orchestrations, it seeps through small and quiet passages surrounded by subtlety and heart, where an elegant, jazzy guitar adds refinement, and the melodies glide uphill to descend into the wondrous sounds of The Ascent Of Man, a composition that truly shows that the boys are back in town. Radiating sunny vibes and AOR-styled celtic influences in the embracive, Dare-igniting guitar solo another goosebumps moment sprinkles through when Beighton massages the song to a gorgeous climax with his sultry sax. Sadly it is his only appearance on the album and I wouldn't have minded some more, for as witnessed live all those years ago, his contributions add a favourable dimension to Castanarc's music.

The order of the songs works like a charm, as energetic highlights like The Ascent Of Man and The Waking Of The Earth are surrounded by delicate and intricately moving compositions. This results in a great flow of the album, represented in the attractively-curved wave adorning the digi-pack's artwork.

The sweeter, mellowed-pop influences of Out Of Time comfortingly glides by on excellent moving melodies, precious harmonies, organ accentuations and fine deliveries from Holiday.

The Waking Of The Earth brings a marvellous summer breeze through delightful catchy melodies that incorporate luscious synth escapades from Powell which gracefully swirl alongside mighty guitar movements. A composition which is probably best enjoyed loudly in a convertible with the wind swooshing through your hair (what's left of it anyway).

Enchanting flutes mindful to Quidam and Camel and the finesse of acoustic guitar, embraced by Holiday's fragile and tender vocals, keeps this exquisite momentum going in the equally alluring Light The Fire. Showcasing Castanarc's perfect sense of melody, it slowly intensifies into a breathtaking finale where multiple instrumental colourings and wondrous arrangements burst into epic movements that touch deep within. The sheer emotional expressiveness of The Sea Of Broken Vows surpasses this via smooth streams of melodic elegance kindled by heavenly vocals from Holiday and sublime orchestrations of eye-watering beauty.

The album's final track, For The Want Of A Nail, provides the perfect closure to this enjoyably variegated album. Opening quietly with sensitive bass conversing with lovely guitars, it slowly builds into uplifting optimism where tasty guitar work signals Steve Howe (Yes) impressions, and catchy melodies harbour a great sing-a-long appeal. Returning bubbles make the album go full circle and the only thing missing in this 'we want another song to ring out' moment is Breighton's sax-uality, which I can imagine would work miracles in a live setting, playing alongside the lovely melancholic guitar in its coda.

So there you have it, eleven solid, song-based compositions each on their own instantly recognisable as Castanarc. Songs that build upon emotion, refinement, sophistication, have a friendly pop feel, and enchant through their dreamy melodic atmospheres and wonderful vocals. Music for those who enjoy the lighter side of the progressive rock spectrum, or simply for those who want to enjoy a marvellous album where one's partner doesn't reach for the car's radio switch for once.

In conclusion, Castanarc have released a beautiful album with many artistic highlights which surpasses almost all of their previous efforts in terms of consistency, execution and compositional strength. Journey To The East's gem will in all likelihood never be surpassed, but The Sea of Broken Vows takes a very good swing at it. A wondrous achievement and a highly recommendable album which will make a lot of rounds in my car's CD-player for sure. Oh, and did I mention I believe in miracles...? Journey To The East Water From The Well