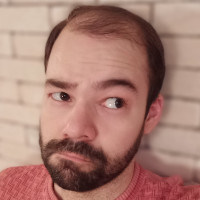 As a 35+ year elder, I now have every legal right to shake my walking cane, mumble, and rant about the multitude of modern one-man projects by those nasty, irritating millennials. It is such a pleasure to complain about how they lack the real group groove and do little more than caress the single member's ego. You should try too, dear reader, once you reach the appropriate age.

Thankfully, Exodus to Infinity is exactly the opposite case, and I confess that I can't help admiring the efforts of the man behind the record. Danny Mulligan has done a great job (although it is a hard-earned result after a dramatic history of lost and resurrected material).

While Exodus to Infinity is not (strictly speaking) metal, what Danny does is picks post-Remedy Lane Pain of Salvation's legacy and brings it to lighter, alt-rock ground. This is no rip-off, this is a natural development of the Swedes' ideas on the basis of eclectic rock. Besides that, Exodus to Infinity is a study in psychology, (Freudian and Jungian themes), which adds an extra flavour to the concept of this record.

The opener King Other is pretty weird and starts like a cross between Diablo Swing Orchestra and Clive Nolan's musicals. But as the theme unravels, the song becomes softer, more accessible, reminding me of Umphrey's McGee in their mellower passages.

Shadow Self opens with a heavy riff, followed by a hip-hop verse in the vein of Pain of Salvation, and shows Danny's impressive skills as a guitarist. Trickster is an alternative rock song, probably the best choice to introduce the band to lovers of Alter Bridge and other modern rock icons.

Right Now is a shameless Euro-pop hit; Danny's “Disco Queen”, if I am allowed to draw another parallel with Pain of Salvation. It is nonetheless very well done with an interesting chord progression. Let's face it, a lot of proggers are utterly unable to write a pop song, while Danny proves that he is quite capable of such a crime.

Second Innocence is the jewel in the crown here. This 14-minute composition is a roller coaster of moods, epic and elegiac passages. I have listened to it several times, and failed to track a single unnecessary note. While I find many 15-plus-minute prog-epics to be Frankenstein's monsters covered with abhorrent stitches, Second Innocence is a monolith composition, where themes interweave and flow into each other perfectly. From Enchant's groove to math rock, from jazzy passages to multi-layered vocals; all is here. This is one of the best epics I have heard in a couple of years.

Of the multitude of one-man projects in rock / metal nowadays, Exodus to Infinity is one of the few that actually deserve being expanded to a full-scale group. This shall definitely be my contender for the Debut of the Year.